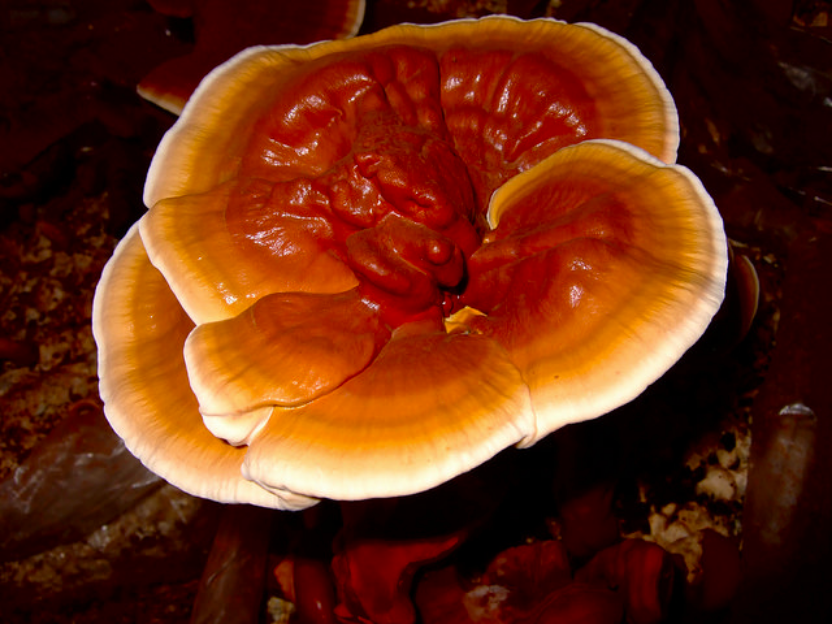 We’ll look closely among the moss-laden cedars and ferns, and expect to see all kinds of mycellium growing. The fascinating thing about medicinal mushrooms is their ability to make life out of death and that the life created becomes powerful and potent in its synergistic relationship with human consumption. Touted for their functional medicinal uses in Traditional Chinese medicine, the intelligent fungi species has fascinated and amused scientists and nutrition gurus for centuries.

Believe it or not, there are more than 200 species of mushrooms that have medicinal properties. Modern medicine likewise recognized these therapeutic qualities; mushrooms were reported to contain anti-cancer, anti-viral and anti-inflammatory characteristics. David Wolfe included medicinal mushrooms in his list of the top “superfoods” stating that it is rich in polysaccharides and beta-glucans which enhances the immune system.

The main effect of consuming medicinal mushroom either included in food or taken as a medicine is improving the immune system by ensuring T Helper cells, “arguably the most important cells in adaptive immunity.” Anti-cancer properties also manifest as cancers mainly attack a weakened immune system.

Listed below are just a small sample of the many species of magical, medicinal mushrooms. The best thing about discovering the power of medicinal mushrooms is a new-found passion to get into the kitchen and experiment with delicious new recipes.

Reishi. Found in Asia—specifically China, Korea and Japan—Reishi mushroom was given the title Queen of Mushrooms. It comes in a reddish-brown color, tough and woody, and has a bitter taste. Also known as Ling Zhi in Chinese, this mushroom is more likely to be consumed as a supplement in powder or tincture form, instead of culinarily. It contains beta-glucans which boosts the immune system, and polysaccharides which fight cancer and inhibit growth of tumors, it also is said to be an anti-inflammatory, lessen allergic reactions and protects the liver. We’re more likely to use this in a tea as they are strictly a medicinal mushroom.

Chaga. Gaining the title King of Medicinal Mushrooms, it grows in geographically cold climates. It grows on birch trees, and resembles a dark, cracked wood more than a mushroom in appearance. It is said to have an appealing taste and is prepared in powder form and is consumed as a tea. It has soothing properties, improves immune system functions and anti-oxidant properties. Chaga is said to be the most potent adaptogen, which fights stress, diseases and even aging. Betulinic acid extracted from the birch bark is found in Chaga is said to impede malignant tumors from growing. We can see them growing in Northern Canada and areas all over North America where birch trees grow. Keep your eyes out, you may find a Chaga. You may harvest without destroying the tree, so it is sustainable.

Shiitake. One of the most well known mushrooms, shiitake is being used culinarily, especially in Asian cuisine. Originally grown in Japan, it is now being cultivated worldwide. It has a light brown color and has a soft, spongy texture with a woodsy and meaty flavor. Shiitake contains eritadenine, also called lentinacine, a naturally occurring substance which reduces blood cholesterol by encouraging the body to absorb it. Shown to have anti-oxidants, it protects the liver, controls inflammation and has properties that are said to prevent tumor and cancer development. Steamed Shiitake mushrooms are so yummy in miso soup with a few chopped scallions and torn up nori, a nutrient-dense seaweed.

Maitake. Another Japanese mushroom called Hen of the Woods, Maitake resembles the feathers of a fluffed chicken. It grows at the base of oak trees in hardwood forests of Japan and China, but is now also cultivated in Europe and Northeastern parts of the U.S. and Canada. A culinary mushroom, Maitake is intensely flavored and does not have the same squeaky texture of mushrooms. Maitake is said to have the ability to regulate glucose levels and blood pressure, as well as enhance immunity. It is said that Maitake triggers apoptosis of cancer cells (cancer cell suicide) and impedes development of tumors. That’s pretty awesome.

Cordyceps. A medicinal fungus that is grown in China, Tibet and Nepal, they grow from caterpillars, and other insects and arthropods, but a vegan variety may be grown from agar-agar (a type of seaweed). It has a yellowish and tube-shaped appearance, it became known in the international scene when two Chinese runners broke world records, claiming that Cordyceps was the source of their remarkable athleticism and endurance. It can be used as a tonic or mixed into cooking, Cordyceps clears the respiratory system, stops bleeding, increases energy, prevents stress and lethargy, and promotes longevity. It is also an effective anti-inflammatory and natural cancer treatment.

Lion’s Mane. A type of fungus that looks exactly as it name suggests, Lion’s Mane is white to beige-colored fungi with a meaty texture and a mild flavor. Used as a culinary ingredient as well as a supplement in powdered form, it has a long history of use in Chinese medicine. Lion’s Mane is popular for its memory-boosting effects, and stimulating the nervous system. It likewise improves the immune and digestive system. It is said to be a natural anti-depressant and controls high cholesterol.

Turkey Tail. Also known as Trametes, it has been used in Asia for thousands of years. It has multiple-colored bands that resembles the tail feathers of a wild turkey. With a neutral to slightly sweet taste, it is prepared in tea form, tinctures and extract. U.S. FDA, NIH, Bastyr and the University of Washington collaborated on a research that studies the effects of consuming this medicinal mushroom when combined with chemotherapy in prostate cancer patients. It is reported to be capable of regenerating bone marrow, strengthening the immune and respiratory system, and has anti-inflammatory properties.

Remember our friends Mario and Luigi? The Super Mario Brothers hunted mushrooms to get stronger, bigger and jump higher. We thought it was just a quirk in a video game, but who would’ve thought that mushrooms truly do give you superpowers!

Below are recipes that you can make at home, highlighting our featured superfood: medicinal mushrooms. This tea/latte recipe is anti-viral and super immune boosting, perfect for cold and flu season. Beat the winter blues before they get to you!

Procedure:
To make the tea, bring the above ingredients to a boil and simmer for 30 minutes on low. Strain and gather tea in a mason jar, using some for the latte and saving some for another latte later on.

Procedure:
Blend on high in a high-speed blender for two minutes or until warm. Add more warm water as desired.

Notes:
You may re-boil the tea mixture up to eight times. So, don’t discard it. I typically re-boil immediately and then save the extra liquid with the ingredients still inside it in the fridge. That makes it easy to re-boil each morning to make a new pot of tea.