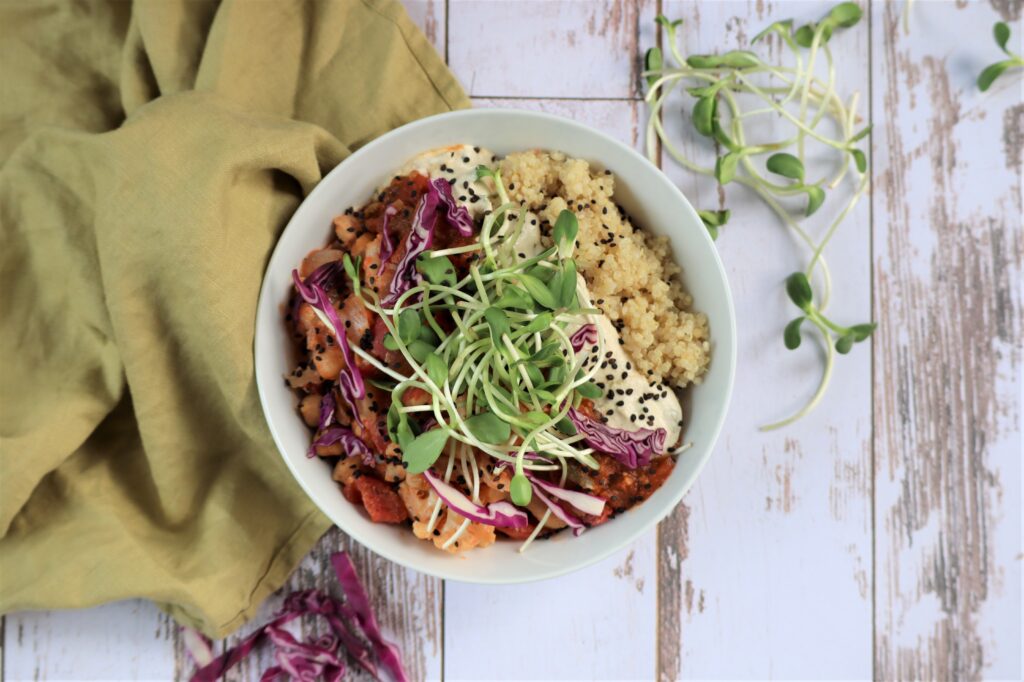 While you probably already know that carrots and celery are good for you, you’re also not likely to want to eat them all day, especially during long, cold winters that call for stick-to-your-ribs comfort food that often originates from a box.

Not knowing how to make healthy food taste good, not having access to enough of it because of finances or distance, and not having enough time to cook it from scratch are only some of the factors that are limiting many Canadians’ ability to follow the diet outlined in Canada’s new Food Guide.

Critics are praising the guide’s first major update in more than a decade for being on the right track — eschewing outdated notions of food groups, serving sizes and numbers in favour of advice like drink more water, eat more plant-based proteins and take the time to sit down and eat with our families.

And, while the new guide is notably free of commercial bias and much more grounded in science than previous versions, “you can tell someone what to eat, but that doesn’t mean they’ll just follow the advice,” says Dr. Norman Campbell, MD, a UCalgary professor of medicine, community health sciences, and physiology and pharmacology.

“The Food Guide is only part of a healthy eating strategy. It really needs to be supplemented by other government policies like warning labels, a ban on marketing of unhealthy foods to children, and better food procurement in remote and marginalized communities,” says Campbell, who is also a member of the O’Brien Institute of Public Health and Libin Cardiovascular Institute of Alberta.

“There’s also the issue of time. You could buy lots of fruits and vegetables, whether fresh, frozen or canned, and, while it might not be that much more expensive, it takes time and knowledge to know what to do with them, and that’s almost as big a barrier as the costs.”

Based in Canmore, Arsenault owns Pachavega Living Foods Education, a raw vegan culinary school, and runs healthy cooking classes and retreats around the world. “I’m really excited about this new food guide — it allows people to realize that, even though they may not be able to implement it right away, we’re all on the same page about needing to eat more plants and stop eating processed foods,” she says.

“For the Canadian government to acknowledge the food choices we make can reverse or reduce our risk of chronic disease is a major win.”

Such acknowledgment comes at a time when already-staggering societal costs of unhealthy eating continue to climb. A 2014 study estimated the economic burden of chronic diseases due to poor diets cost Canadian health-care systems nearly $14 billion, just in that year alone. In 2017, 50,000 Canadians died from heart disease and stroke, while another 800,000 struggled with disabilities directly related to their diets, says Campbell.

For the Canadian government to acknowledge the food choices we make can reverse or reduce our risk of chronic disease is a major win.

So what else can we do to push people to eat healthier? Part of it is rooted in mindfulness, says Arsenault, who urges her students to get to know the back story of the food on their plates — where it came from, who farmed it and what steps were taken to bring it to the dinner table.

She also teaches the concept of flavour balance on the first day of class. “How do we make food taste good? Sweet, sour, crunchy and soft — you will be satisfied if your dish has all those elements, and it can still be healthy. This is a skill that can be taught in a few hours,” Arsenault says.

“Going to a grocery store and looking at veggies and not knowing what to do with them is a massive obstacle for most people. But, if we take processed foods out of the equation and eat according to the new food guide, it will actually cost consumers less in the long run. It will also be less of a burden on our natural resources when you minimize the plastics and waste used in packaging.”

“We wouldn’t want Health Canada to temper their recommendations and say, ‘Eat less fruit and vegetables because we recognize they’re more expensive,’” says Olstad. “Health Canada needs to provide messages that are consistent with the scientific evidence. If we want to address food insecurity, we have to address the root problem, which is poverty-related and requires income-based solutions.

“Food insecurity is a huge problem in Canada and many social-assistance programs don’t give people enough funds for people to live on. Food banks are not a solution and the fact that they even exist tells us something is wrong.”

Olstad says policies must be strengthened, “so people have enough income and are not seeking emergency relief from a food bank, which can be a stigmatizing experience in of itself.”

And, for those on the other end of the spectrum, who spend extra hours at work to afford greater luxuries like bigger cars and better vacations, the guide provides a valuable signal that it’s time to rethink priorities, Olstad suggests.

“Maybe we need to temper our expectations and be satisfied with less so we can make it a priority to sit down and have family meals,” she says. “We are a society that works a lot, but we should be thinking more about how we want to raise our families and what’s important in life.”

If you’re single, organize a potluck or make an effort to share more meals with friends. Look for links to two recipes at the bottom to help launch your new healthy eating plan.

Need more inspiration? Try these recipes for a Broccoli Bowl and Apple Pie Bites by Arsenault. For additional recipes and inspiration, check out one of her six cook books. Five of them are free and available online.
Try these recipes